Once upon a time, the Labrador Retriever was merely another field dog – happy to do a full day’s work in the field and lounge in front of the fire in the evening.

Then the world began to unravel, with escalating national and world tension. Groups of humans were pitted against each other. People stopped talking to people who thought differently and there was yelling. A lot of yelling.

Then an independent group of creative thinkers, seeking to calm the deteriorating situation, came together to seek an innovative solution. You may want to sit down as you read their recommendation. This is an unusual but serious proposal.

Here is their executive summary:
Over the past year, a non-partisan think tank has assembled to discuss a plan for uni­fying the nation. We recognized that we needed to think outside the box. We have ar­rived at the following conclusion:

We are advocating that a Labrador Retriever run for president.

The reasons are simple:

The Labrador is pleasant to look at-not flashy, but simple and clean cut. Everyone likes a president that is pleasing to the eye.

The Labrador is earnest, loving, and loyal. It is clear why this is the most popular breed in the U.S.

The Labrador is smart but not too smart. Extremely smart leaders make some follow­ers nervous. The Labrador would be a steady and charming sort of leader. The Lab’s intelligence is practical, sufficient to get every job done that is put in his path but devoid of flash and unpredictability.

The Labrador can be a blue-collar kind of dog, connected to salt-of-the earth folks. But he also dresses up well to move into all levels of society.

The Labrador understands collaboration. He shines in working with others, both canine and human. A Labrador will foster a spirit of cooperation.

The Labrador is incapable of deception. When he looks into the camera and says,
“Dear citizens, this is the way it is,” people will nod and agree. There will be a collec­tive sigh of relief.

There will be cultural changes of course. Channels obsessed with political news will transition to highlighting shows about dog sports and celebrate the latest Canine Good Citizens. There will be a lot more cooking shows with emphasis on meat.

In medicine, Labs would require all veterinarians to turn in their stock of plastic cones.

Airlines would allow all dogs in the cabin, but unpleasant people would be crated in the hold. 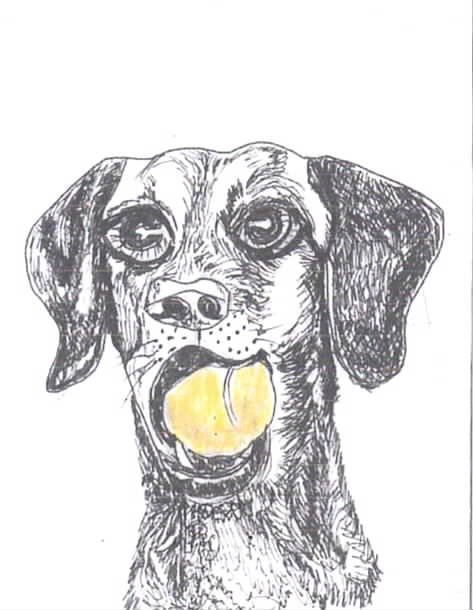 This summary merely describes the tip of the ice­berg. The full report will be issued soon.

I know this is a shocking leap. Talk it over. Think it through. If you arrive at the same conclusion, you know what to do. When you go to vote, punch a hole, put an X, click on the box next to Labrador Retriever. It may be our best hope.

The Real Pack at Home

Those of you who follow the dogs in the Our Dog Pack cartoon get an earful as they share their opinions of us, their flawed human caretakers. Several of you

We live in good times. There is a lengthy list of dog sports available for human/dog teams that seek mental, physical stimulation, and competition. We have agility, nosework, freestyle, disc

The Truth about Agility (Part 2) – Addiction Is Never Cheap

Let me be clear about one thing. I hate camping. It is dirty. The picnic tables have splinters. And I always leave the right spices for burgers at home. Playing

No products in the cart.